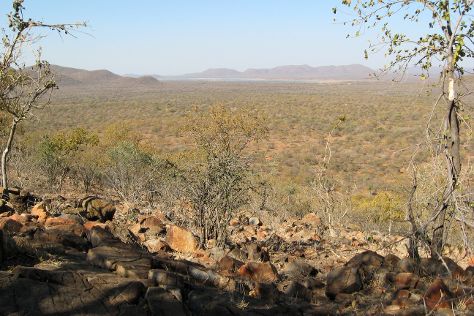 Planned as the capital after Botswana gained independence in the 1960s, Gaborone quickly transformed into a bustling city and the country's commercial center.

Step out of Gaborone to go to Moremi Game Reserve and see Khwai Concession, which is approximately 9 hours away. Pack the 8th (Thu) with family-friendly diversions at Lion Park Resort. There's still lots to do: tour the pleasant surroundings at Mokolodi Nature Reserve, see human ingenuity at work at Gaborone Dam, contemplate in the serene atmosphere at ISKCON Gaborone, and pause for some photo ops at Three Chiefs' Statues.

To see maps, where to stay, reviews, and other tourist information, read our Gaborone trip builder.

Groningen, The Netherlands to Gaborone is an approximately 29- hour flight. The time zone changes from Central European Standard Time to Central Africa Time, which is usually a 1 hour difference. Traveling from Groningen in October, things will get much warmer in Gaborone: highs are around 40°C and lows about 40°C. Wrap up your sightseeing on the 9th (Fri) early enough to drive to Serowe.
more less

Things to do in Gaborone

©
Serowe is a town in Botswana's Central District. Start off your visit on the 10th (Sat): explore the stunning scenery at Moremi Gorge and then tour the pleasant surroundings at Khama Rhino Sanctuary.

To see where to stay and tourist information, read our Serowe planning website.

Drive from Gaborone to Serowe in 3.5 hours. Alternatively, you can take a bus. On the 11th (Sun), you're off to Nata.
more less

Things to do in Serowe 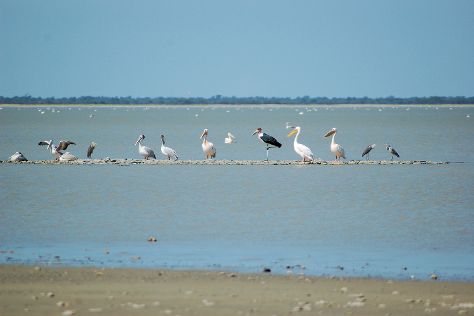 Nata is known for parks. Your plan includes some of its best attractions: tour the pleasant surroundings at Nata Bird Sanctuary.

For other places to visit, where to stay, maps, and more tourist information, you can read our Nata sightseeing site.

Traveling by car from Serowe to Nata takes 5 hours. In October in Nata, expect temperatures between 38°C during the day and 28°C at night. You'll set off for Makgadikgadi Pans National Park on the 14th (Wed).
more less

Things to do in Nata 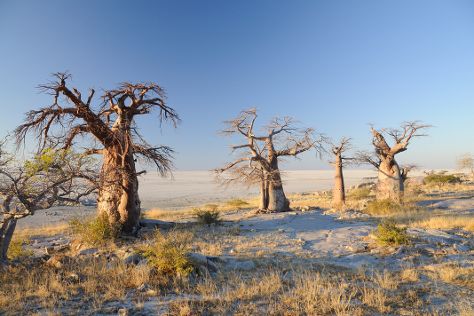 To find ratings, where to stay, reviews, and more tourist information, you can read our Makgadikgadi Pans National Park trip planning website.

Explore your travel options from Nata to Makgadikgadi Pans National Park with the Route module. Finish your sightseeing early on the 17th (Sat) so you can travel to Chobe National Park.
more less

Things to do in Makgadikgadi Pans National Park

A trip to Chobe National Park awakens the naturalist in every traveler and opens numerous possibilities for adventure.

Chobe National Park is known for parks, wildlife, and outdoors. Your plan includes some of its best attractions: stroll through Savute Reserve, make a trip to Boab Prison Tree, and contemplate the waterfront views at Linyanti River.

You can plan Chobe National Park trip in no time by asking Inspirock to help create your itinerary.

The Route module can help you plan travel from Makgadikgadi Pans National Park to Chobe National Park. Wrap up your sightseeing by early afternoon on the 21st (Wed) to allow enough time to travel to Shakawe.
more less

Things to do in Chobe National Park

Shakawe is a village located in the northwest corner of Botswana at the beginning of the Okavango Delta, close to Namibia and Angola. Shakawe is known for historic sites. Your plan includes some of its best attractions: take in the dramatic natural features at Tsodilo Hills.

The Route module can help you plan travel from Chobe National Park to Shakawe. On the 24th (Sat), you're off to Ngamiland East.
more less

Things to do in Shakawe 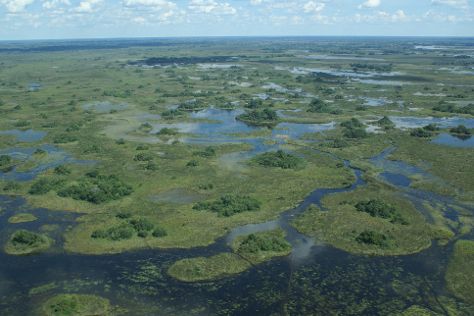 Ngamiland East, a sub-district of Botswana's North-East District, is all about the wildlife and safaris.

Take a break from Ngamiland East with a short trip to Moremi Wildlife Reserve in Moremi Game Reserve, about 1h 05 min away. Spend the 25th (Sun) in the pleasant surroundings of NG/32 Okavango Kopano Mokoro Community Trust. Spend the 26th (Mon) exploring at Okavango River.

Use the Route module to find suitable travel options from Shakawe to Ngamiland East. October in Ngamiland East sees daily highs of 41°C and lows of 23°C at night. Finish your sightseeing early on the 27th (Tue) so you can travel back home.
more less

Things to do in Ngamiland East